Learning to Ride a Bike

Chris and I thought it was time to take the training wheels off the girls bikes.  If it was up to Sarah she would have continued with training wheels until she was a teenager.  She has not been interested in learning to ride her bike and would much rather skip along, pick up bits of nature, and build a little fairy house.  Jillian on the other hand has been showing interest.
So, the other weekend we took off the trainers, loaded up the bikes and the kids, and went to a park that was relatively flat.  After an hour of biking Chris and I had sore backs and all of us were frustrated!
Once home I searched the internet for some ideas on how to teach children to ride.  I came across the brilliant idea of lowering the seat and removing the pedals!  Here is a youtube video from REI.  Now, this may be common knowledge but since this is our first time trying to teach one of our kids how to ride a bike we thought it was marvelous!  Check out the video for all the details.
This is Jillian today.  She has probably had a total of 45 minutes of practice time without the pedals.  She can now easily balance her bike and can manage turns too! 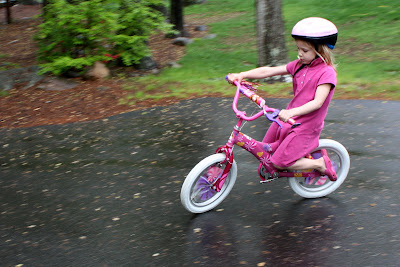 Sarah has not had as much practice time as Jillian, but I can already tell that she is starting to get the hang of it! 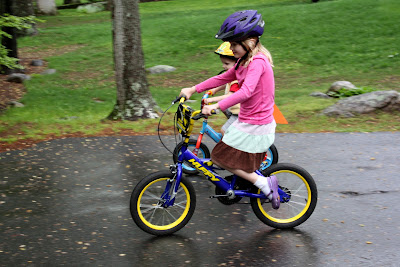 Most importantly they are so excited about learning and love the feel of cruising around on their bikes! 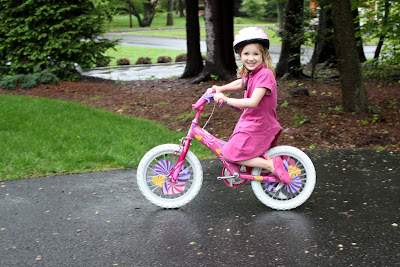 Once they are super confident gliding around we will put the pedals back on and {hopefully} watch them take off!
Posted by SweetandSimpleThings at 5/17/2011

Get Updates by E-mail